1
Past Women of Today Honorees...
Honorable Sylvia G. Ash is a Justice of the Supreme Court of the State of New York in Kings County.  She graduated from Howard University School of Law and has accepted a position as a Judicial Law Clerk in the Superior Court of New Jersey.  Justice Ash was the first person of color to serve in this position.  Prior to taking the judicial bench, Justice Ash was a practicing attorney for over 20 years.  In this capacity, she was the General Counsel for the NAACP's Social Services Chapter in NYC.  Additionally, Justice Ash was very active in her community and volunteered her legal talent & acumen to numerous civic, religious, labor and not-for-profit organizations including youth mentorship programs.  To just name a few of the organizations that she is a part of along with her current judicial responsibility, she serves as a Board Director on the Brooklyn Women's Bar Association, Judges & Lawyers Breast Cancer Alert Association, and New York Municipal Credit Union.  Justice Ash is always mindful of the fact that she was elected by the people to serve the people, and strives to uphold the law with compassion, sensitivity, fairness & justice to all.
Honorable Sylvia G. Ash, NYS Supreme Court (2017) 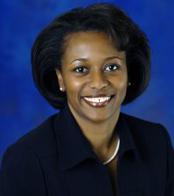 Michelle Dutton is Vice President, Global Network Systems & Support.  She has the responsibility for Systems Planning & Administration for Verizon's global wireline voice, data & video network which spans more than 2,600 cities & 150 countries on 6 continents.  She has also held leadership positions in Large Business Marketing, Capital Management & Regulatory fields.  Dutton received her BS in Electrical Engineering from Rensselaer Polytechnic Institute, and her MS in Organizational Dynamics from the University of Pennsylvania.  Dutton has been involved in numerous community, civic & business organizations including serving on the Board for the INNTerim House; INROADS/Greater Baltimore - Washington, Inc Board; the National Eagle Leadership Institute Board; and North Carolina A&T Advisory Board for the College of Arts & Science.  Ms. Dutton serves on the NYC National Academy Foundation's advisory board.
Michelle Dutton, Verizon (2017) 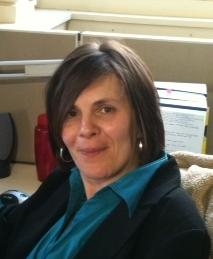 Vanda Belusic-Vollor is Executive Director of the Office of Postsecondary Readiness (OPSR), which leads efforts that ensure all New York City students graduate high school prepared for postsecondary success.  These efforts include the Expanded Success Initiative, an educational component of the Office of the Mayor's Young Men's Initiative and a pioneering effort to close the achievement gap by significantly increasing the percentage of Black & Latino young men who complete high school prepared to succeed in college & careers.  Ms. Belusic-Vollor also leads OPSR's work to drive rigorous Career & Technical Education school & program pathways aligned to current labor market demands.  She is a nationally-acknowledged leader in the fields of education of over-aged & under-credited youth, the integration of instruction & youth development, and collaborative leadership.  Ms. Belusic-Vollor holds a Master's Degree in Educational Leadership & Supervision as well as a Master's Degree in Modern British Literature, both from Brooklyn College.
Vanda Belusic-Vollor, NYC DOE OPSR (2017) 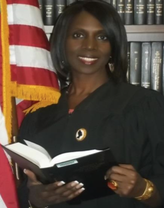 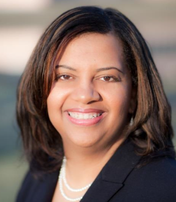 Clara Brooks is a Vice President of Business Planning & Project Manager in the Wealth Management division at BNY Mellon.  She began her career at BNY Mellon in 1987 and has held a variety of roles within the Wealth Management business. Clara has an extensive background in the administration of trust and investment portfolios for high net worth individuals and families.  She is an accomplished manager of wealth management front office operations including risk, compliance, business management & planning, and client service activities.  Clara received her Bachelor of Science degree in Finance from Mercy College and is a member of the Financial Women's Association.  She was awarded the BNY Mellon STAR award in 2007 and was recently honored as a 2013 Black Achiever in the Industry by the Harlem YMCA and serves as mentor in the YMCA's youth mentoring program.  She is an active member of two of BNY Mellon's Affinity Networks, WIN and IMPACT, and leads IMPACT's Community Outreach sub-committee.
Clara Brooks, BNY Mellon (2017) 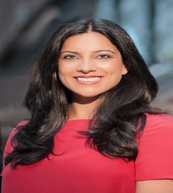 Reshma Saujani is the Founder and CEO of Girls Who Code, a national non-profit organization working to close the gender gap in technology and prepare young women for jobs in the future.  The author of Women Who Don't Wait in Line and former Deputy Public Advocate of New York City, Reshma has been fearless in her efforts to disrupt both politics and technology to create positive change.  Reshma is a graduate of the University of Illinois, Harvard's Kennedy School of Government, and Yale Law School.  She has recently been named on of Forbes' Most Powerful Women Changing the World, Fast Company's 100 Most Creative People, Ad Age's Creativity 50, Business Insider's 50 Women Who Are Changing the World, City & State's Rising Stars, and an AOL/PBS Next Maker.
Reshma Saujani, Girls Who Code (2017) 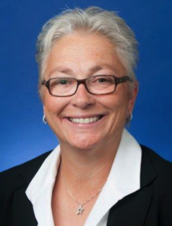 JD Hoye is the President of the National Academy Foundation (NAF), where she oversees an acclaimed network of 667 career academies that open doors for over 80,000 underserved high school students to viable careers.  Through NAF academies, young people gain access to industry-specific curricula, paid internships, and relationships with business professionals  This past year, 97% of seniors graduated with 93% reporting plans to attend college.  Ms. Hoye previously served as President of Keep the Change, Inc., a nationally recognized consulting business focused on helping communities strengthen their educational and workforce development practices.  In 1994, Ms. Hoye was selected by U.S. Secretary of Education Richard Reily and U.S. Secretary of Labor Robert Reich to head the new national Office of School-to-Work in Washington, D.C.  She served in that role for 4 years, overseeing a $1.1 billion budget and spurring nationwide progress in college and career readiness.  Prior to that, Ms. Hoye was Associate Superintendent of the Office of Professional/Technical Education for the Oregon Department of Education and Office of Community Colleges.
JD Hoye, NAF (2016)

Meshelle is a wife, mother of 3, and sought after comedienne whose appearances include: Nickelodeon's Search for the Funniest Mom in America 3 (Hosted by Rosanne Barr), Martin Lawrence Presents: THE FIRST AMENDMENT STAND UP (STARz), THE BLACKLIST: 20 Most Notable and Notorious Moments of 2009 & 2010 (TV-ONE); BET News Presents; Obama: Journey to the White House, as well as BET's ComicView (2013), The WORD Network (Soulaughable Comedy Series) (NBC, syndicated Documentary) Walk a Mile in My Shoes: 90 Year Look at The NAACP.  Meshelle pioneered the role of "Michelle" (portrayed by Kimberly Elise in the film adaptation) in the hit Stage Play "Woman Thou Art Loosed" written by TD Jakes & Terry McFadden.  Meshell's inaugural literary offering "101 Things Every Girl/Young Woman of Color Should Know" (Duafe Press, 2010) is available online.
Meshelle, Indie Mom of Comedy (2016) 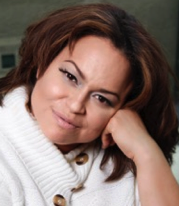 Rhiana Valentin "La Reina", Founder & CEO of La Reina Del Barrio, Inc., is a "Jane-of-all-trades" in the arts & entertainment industry.  Rhiana is a New York born Latina of Puerto Rican Descent.  She is a mother, television personality, comedienne, writer, dancer, producer, director & choreographer.  She is a graduate of the William Esper Studio Conservatory Master's Program, studied Liberal Arts at Manhattan Community College, and completed Business Wise, a business start-up & expansion training program offered by the East Harlem Business Capital Corporation for entrepreneurs and aspiring business owners.  Rhiana's arms are open wide with a love for her community and a deep desire to provide an opportunity for our urban youth to not only be heard, but make a difference in the world.
Rhiana Valentin, La Reina Del Barrio, Inc. (2016) 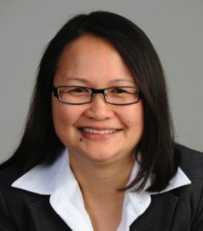 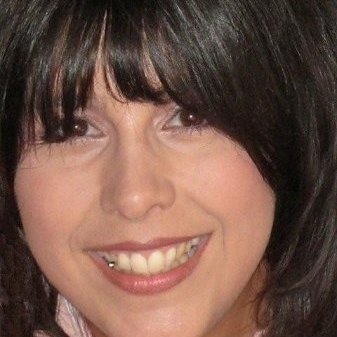 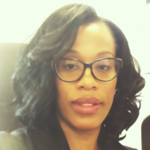 “Comedian Kelly Kellz” born as Kelly Davis, entered this world ready to change it through laughter because she came out smiling” says her loving Mother. Born and raised in Milwaukee, WI. She then furthered her education at a Historically Black College Central State University in Xenia Ohio. Member of Delta Sigma Theta Sorority Inc., and Beta Psi National Business Sorority.
Kelly, began her career in comedy on Mother's Day 2009 after her husband dared her to try out her natural talent of “Bringing Laughter to The Soul.” Kelly counts it as a blessing and doesn't take it for granted to have worked with Legends in the Entertainment Industry such as: Mike Epps, Tony Roberts, Katt Williams, Anthony Anderson, Rickey Smiley, Tony Rock, Bruh Man, Comic Pierre and a host of others. Star in Milwaukee based film, "Role Play.” She later featured in several other projects such as “Civilian Life” with Rodney Perry, Guy Torry, Mel Jackson and Lahmard Tate.
She now resides in New York City where she has shared the stage with more amazing and legendary comedians such as Dick Gregory at Caroline’s on Broadway. Her dreams and aspirations of becoming a full time Entertainer and Entrepreneur and running a successful Entertainment Company is coming to life.
Kelly Kellz, Comedian (2018)

Organizer and social innovator with a demonstrated history of working in the public affairs industry. Skilled in Nonprofit Organizations, Governmental Affairs, Government Administration, Crisis Communications, Community and Media Relations. Combining my passion for government, social innovation, public-private partnerships and honed strategic planning & organizational management skills to pursue a career in public affairs and social impact. My experience working in nonprofit, corporate, and state government have given me a unique perspective and focus. I have 8-9 years of experience, a master's in Public Administration, and have held senior level positions. I also have experience managing teams, delivering PSA Campaigns, and strategic partnerships. Through my professional and academic experiences, I have developed expertise in conducting qualitative and quantitative research, utilizing social media, building strategic plans and partnerships, applying storytelling to drive change, conducting media monitoring, and community relations.
Nantasha Williams, Government Advisor (2018)
For over 20 years, Michelle has been empowering, enhancing & developing leaders to realize their capacity to lead beyond mere ability. With career highlights spanning the United States Pentagon to Black Enterprise Magazine, her passion to make an impact is unwavering. To this end, Michelle is the Founder of Excellence By Design Consulting. As the Founder of “Emerging Dreams,” Michelle trains, equips, inspires and mentors young women. In the community Michelle can be found serving as a judge, trainer, mentor and advisor to many organizations. Michelle is a proud Tuskegee University graduate & member of Delta Sigma Theta Sorority. She holds multiple degrees & is certified in Leadership Development and is Executive Coach, mentor, life coach and passionate public orator. Michelle has been privileged to work for and mentored by some of the most influential & successful leaders of our time.